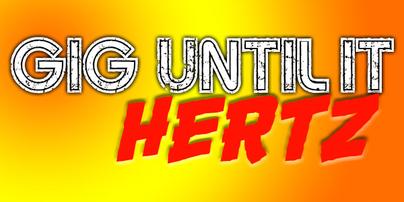 Twitter Critters -Dumbing Down America 140 Characters at a Time.

This isn’t about politics, it’s about common sense.  And as we all know, the only thing common about common sense is that it isn’t.  The latest casualty in the great Twitter debate was Roseanne Barr and the cast and crew of her self-titled sitcom.  However, if you reflect just a little bit on the history of the 140 character phenomenon known as Twitter you will realize we’ve been here before.

Nothing good has ever come from a Tweet.  For a format that basically lends itself to profound, intelligent observational quotes, all we seem to get are things you would shout from an aisle in Walmart.  I have a diverse group of friends that I text back and forth with on a variety of topics both benign and bawdy and I can say without a shadow of a doubt that if they were made public I would be drawn and quartered in the court of public opinion.  THAT’S WHY I TEXT THAT SHIT.


For example, professional athletes, who make millions of dollars a year (and yet insist on driving themselves around while intoxicated) who normally communicate within the strict confines of what their handlers tell them they can say, i.e. “We all came together as a team”, “Everyone executed the game plan”, “Praise Jesus”- just LOVE to jump on the syntax trampoline know as Twitter to provide us with their thoughts on sex, street cred, and sex as it relates to street cred, with all of the eloquence normally reserved for Tarzan after a six pack.  And every good book needs pictures- like the Instagram “model” they just bedded, the wad of money on the nightstand (for the Instagram model and/or case of Moet Chandon they sprayed around the club like it was Nattie Light), or any number of shenanigans which may or may not be against the law.  And so it goes in a world of social self-promotion that makes Odell Beckham JR think he’s as profound as Martin Luther King Jr.


But why stop there?  It’s easy to beat up on athletes who don’t make a living on their education. Clearly the orange gorilla in the room when it comes to Twitter is our current president.  I’m not going to get political here, so let me just say that it is unbecoming of the office to engage in social media, let along Twitter.  Then there’s the Tweets themselves. Oh lord. Take the loud guy at a wedding, your girlfriend’s drunken bitchy friend, a splash of out-of-touch redneck, a couple flat-earthers, wrap it up in a big red, white and blue bow and there you have it.  Once again…NOTHING GOOD HAS EVER COME FROM A TWEET.  I mean, it’s great to grab some popcorn and watch the collective body politic shit themselves every time the man shouts something at 3am but really…we can do better than this. We ARE better than this.


And last but not least- the rando tweets by celebrities (like Roseanne) that blow up faster than a Tesla.  What was she thinking?  That millions of people wouldn’t notice she just compared a black lady to a chimp?  I’ve never seen an episode of Roseanne. I like my white trash live and in person, like Walmart on a Saturday morning.  I’ve never found her funny, especially after her rendition of the national anthem.  Yeah, remember that?  But for an entertainer to survive in Hollywood for decades at least made me assume she was somewhat intelligent.  Maybe she ALSO had really good handlers.


Americans love a good career suicide.  We are now the moral equivalent of the toothless hag who would stand in the town square with a handful of horse shit screaming “We want a hangin’!!” as the deposed nobleman or serving wench accused of witchcraft would be led to the gallows.  We are a society devoid of self-control.  Do we REALLY need another vehicle to raise our voices above the din.  Maybe it’s just me.  Maybe it’s just my middle-age white privilege talking.


Maybe things will get better if we add another 140 characters…