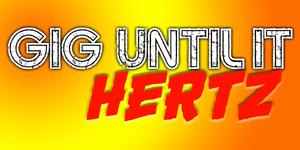 Confessions of a Barroom DJ.

Many years ago I was approached by a friend to take over his DJing gig at a local bar.  I immediately rationalized this as a natural fit, since I already spent 4 nights a week as a semi-pro barfly, I enjoyed the spotlight in any form, and I assumed it would open the floodgates to hot and cold running broads.  The deal was done when he told me it also featured karaoke – another of my favorite pasttimes.

Over the weeks, months, and years I continued as a barroom DJ- spinning tunes for the unwashed masses.  Playing what they wanted when they needed it, pin point accuracy to match their inebriated whims- I was pretty good at what I did. I entertained bartenders, barflys, bankers and bums.  Bragadocious buffoonery brought to you by bourbon and beer.  Playing the fool to fill the stools- and for the most part, it was a lot of fun.

But like most environments where fun is the goal, there is always someone not having fun anymore, and it’s usually the help.  Don’t get me wrong, I met a lot of great people along the way, many of which I still stay in touch with.  But there are others, social archetypes let’s say, that I do not miss.  And let’s face it, this little diddy is about them- not me.  Shall we begin?

Party Mom.  Party Mom is a solid stereotype for the kinda gal who gets drunk on a box of wine with her MILF squad and ventures out “to dance”.  Bars aren’t for dancing, they’re for drinking.  Also, please give your daughter back her smedium sporty blouse, it’s not flattering your hoagie arms whatsoever.  And here’s a tip: if you threw on some responsible makeup and spent a couple bucks, you and the girls could actually go to a club to dance but trust me- they’re not going to play “Crazy Bitch” because it’s your jam any more than I will.

Blue Collar Dollar. Yesss….salt-of-the-earth, a walking, talking Skynyrd lyric.  The kinda guy who hits the bar straight from work. And though his buddies have long since left by the time the PM show begins, he is all about getting as much attention as severe body odor and whiskey breath will allow. Tell him a story, he’ll tell you two. And they’ll be better. Ask for a shot, and he’ll offer up a better one as sure as he’s wearing the same jeans as yesterday.  And he’s always the one you can rely on to yell “What’s this shit?!” when you play anything past 1985.

Tone Deaf Tony.  Every karaoke joint has one. Tone Deaf Tony is almost like an elementary class’s pet rabbit.  They’re not really into it, nobody wants to take care of it, but they’ll really miss it when it’s gone.  He will sing the same songs every week. Badly.  No musical genre is safe from him.  Rock, pop, soul, hip-hop, country….he’ll mercilessly slaughter them all.  But there are other casualties-like the couple at the bar in a secret rendezvous, sipping a token drink before making the beast with two backs.  The sound of Tony’s voice will kill an erection faster than the business end of a mouse trap.  The angry scowls from the staff as they nonchalantly acknowledge the “Maybe we’ll see you later” from the group of salesmen who came out to celebrate the big deal.

I could go on and on with examples of stereotypical miscreants, but it’s all been done before.  The cruxt of this story is that while I enjoyed playing the music or singing the songs, I despised the majority of the audience, and believe me the three aforementioned archetypes are just the tip of the iceberg.  What’s the solution? Anonymity:  Not for me- for them.  Let me throw music out into the ether, ala radio, and never EVER worry about the abyss staring back.  Now if you’ll excuse me, I just got a request for “Crazy Bitch”.