I started listening to classic rock back in the early 90’s on a station in South Jersey.  I hadn’t really been into music too much up to that point except for rap and club music, even though I played the saxophone as a child.  My parents would often play music around the house but believe me, it wasn’t classic rock.

So what is Classic Rock?  Originally the phrase was meant to encompass all self-pronounced “Rock N Roll” artists from the late 60’s to the mid 80’s.  It was spawned from its Rockabilly and Blues roots, and died the minute synthesizers began to replace instruments.  The prototypical classic rock acts were the Beatles, Stones, Led Zeppelin, The Who, The Doors, Hendrix, etc.  The 2nd wave of classic rock acts would be Billy Joel, Bruce Springsteen, David Bowie, Elton John, The Eagles, Van Halen, etc.

We’re now in the 3rd wave of Classic Rock because the 80’s were over 30 years ago (gulp!) and the landscape of popular music has changed so radically over the last 2 decades that classic rock can and does include elements of pop and punk.  20 years ago I would not have considered The Cars, Huey Lewis, Prince, Hall & Oats, or INXS to be rock n roll per se, but now considering we can sit back and review their entire body of work, we can see enough elements such as guitar solos, rebellious lyrics, and thundering percussion tracks to warrant their inclusion into the genre.

So who is on the horizon?  The grunge movement of the 90’s will bring the next wave of music into the classic arena.  Pearl Jam, Nirvana, Alice In Chains, Soundgarden, Stone Temple Pilots, and others will invigorate the format through the generation that will listen in and reminisce about their youth.  The 1st wave will now fall off and into the dreaded “Oldies” bin.  It will feel weird recording the Classic Rock Showcase featuring Prince, but it’ll be a helluva lot of fun- and that’s why we’re all here in the first place. 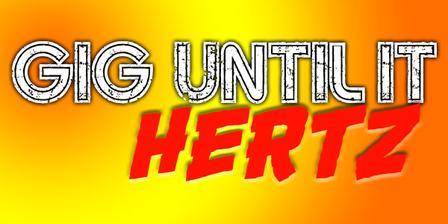 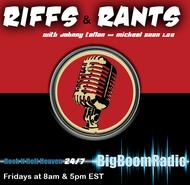